I had the pleasure of supporting Oscar Olsson before the race and cook his breakfast at 430 this morning.

Oscar is a fantastic athlete, he was supporting me to a fourth place at Celtman in Scotland. I followed the race this year from the car – still my foot is not strong enough – i could probably had done a 22 k short trail run, but why jeopardize anything?

It was, however, great to view all the great runners. I got to experience the start of the Ultra, the Maraton, the all runners passing checkpoint 1 and finally some socialization at the finish.

At checkpoint 1 (ultra 34 k), Oscar had built up a lead of 17 minutes (!) on Ted, Enar and two others. In the 43 k marathon, Mattias had built up a lead of 4-5 minutes before three guys, among them Ashkan, Rikard and another guy. I was completely confident that Oscar and Mattias would win, respectively. However, Mattias took some wrong trails and ended further down the field, even though he should easily have won if he had run correctly.

I am amazed that still, the fourth year, many of the top runners still navigate wrongly. Even the runners that have been running the trail before do these mistakes. N00bs, as my small boys would say!

I share some pics below. I was out in the cold for some time and got to use mycold weather gear, most notably the all new Icebug Sorix, (see below), a truly fantastic shoe with great warmth and traction. I would certainly say its a shoe one could walk to the north pole with… 🙂 ? 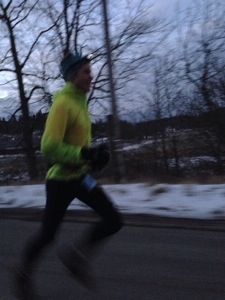 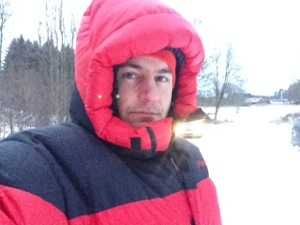 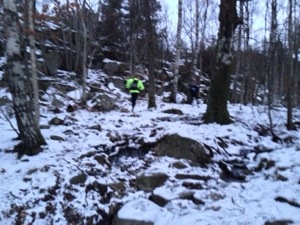 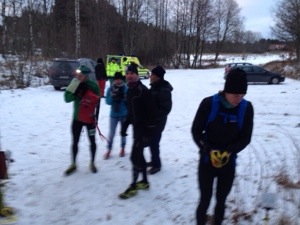 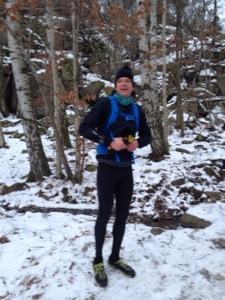 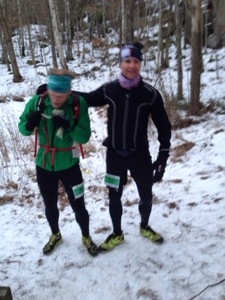 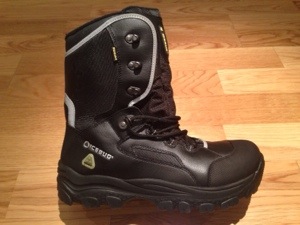